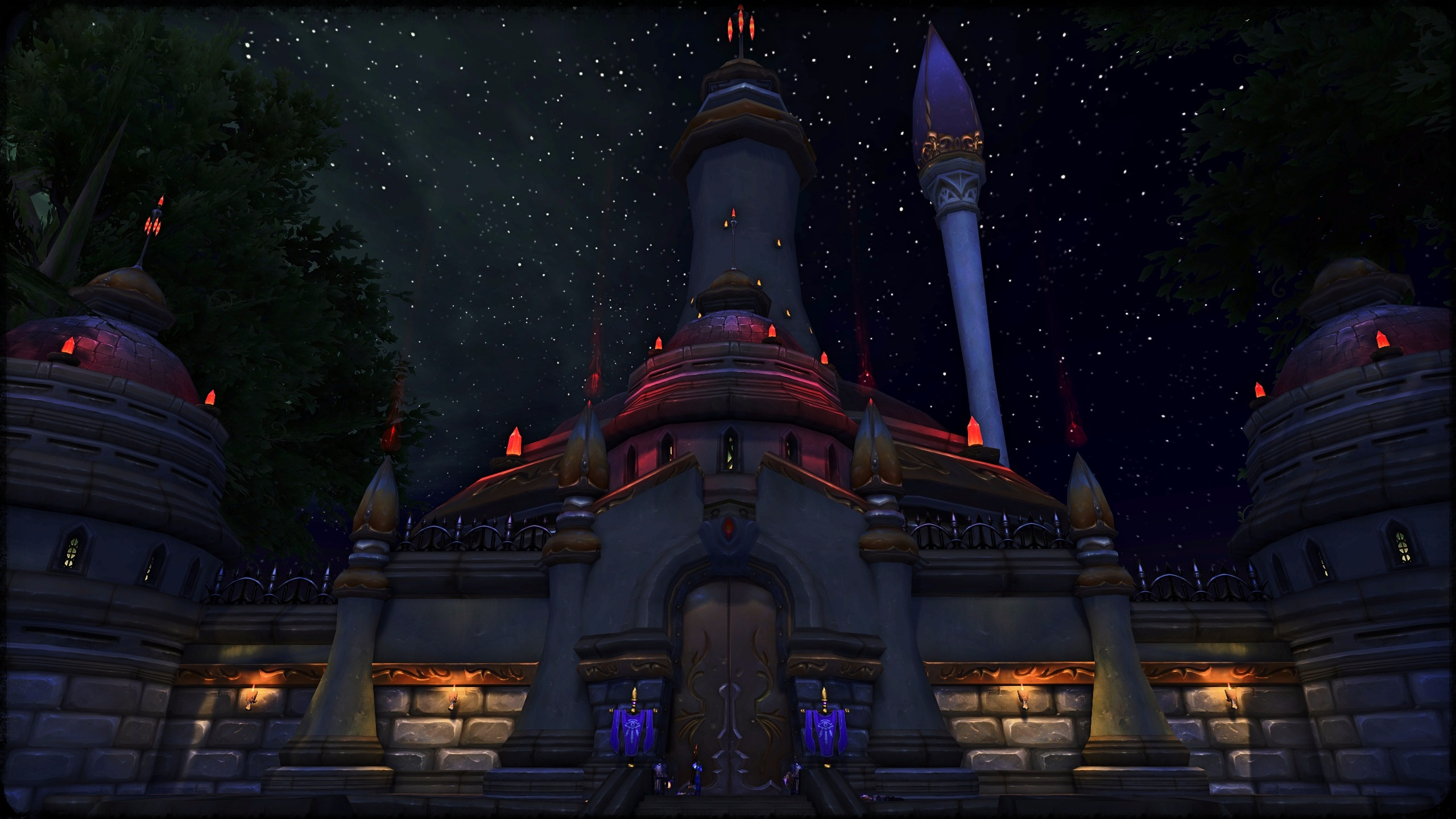 Among the ornate spires and enchanted streets of Dalaran, the great Violet Hold stands as a testament to the glory of the city's rulers, the Kirin Tor. Filled with row upon row of deadly inmates, the hold has long been used to restrain threats to Dalaran.

No prisoner may be released without informing the Minister of State Security. Prisoners may also not be held more than 48 hours without being informed of the charges against them. Once the prisoners have been informed of the charges, they may post bail as determined by the Court, or remain in the level they were assigned until their trial. Prisoners may be released by persons of certain ranks, as determined by the level the prisoner is in, only before the trial as an alternative to posting bail. Once the sentence is set, prisoners may only appeal their case, or be pardoned by the Chancellor. All pardon requests go to the Minister of State Security for investigation and review who will then issue a recommendation to the Chancellor.

Levels of the Violet Hold

Level 1: Low Security - Prisoners may have access to general amenities such as a common area, news services, and communication with the outside through secure monitored links.
Level 2: Medium Security - Prisoners have some access to general amenities, such as outside news services, but have supervised visits that must be approved by the Warden or Minister. (What you see in-game).
Level 3: High Security - Prisoners have no access to amenities whatsoever and are not allowed any form of communication with the outside world. These prisoners are kept in a pocket dimension accessible only by the Minister of State Security and the Chancellor.

Current Detainees
This record is to show who is currently placed in the Violet Hold.

PAST DETAINEES
This record is to show who has previously spent time in the Violet Hold.